Scientists tasked to study how the climate effects volcanic eruptions throughout history have come to a jarring conclusion recently. In an experiment focusing on volcanic upsurges in Iceland about 5000 years ago, scientists found that climate change can increase the chances of drastic eruptions.

Decreased pressure on magma in the earth’s crust is caused by melting glacial ice. The less pressure on magma, the more chances for eruptions, at least according to Graeme T. Swindles, an Earth System Dynamics professor at the University of Leeds.

“After glaciers are removed the surface pressure decreases, and the magmas more easily propagate to the surface and thus erupt,” Swindles said in an email to the Scientific American.

“I think we can predict we’re probably going to see a lot more volcanic activity in areas of the world where glaciers and volcanoes interact,” Swindles also noted. “Volcanic ash and emissions can be deadly, if not at least very damaging.”

Volcanic events can lead to hazardous events in the environment, including volcanic gas and tsunamis. Once instances like these begin to harm everyday life for human-beings, it may be too late to reverse the abrupt changes to our global ecosystem. 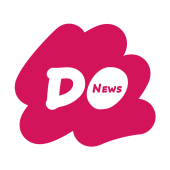